UAE to Save AED11 billion Through Blockchain Implementation: Whitepaper 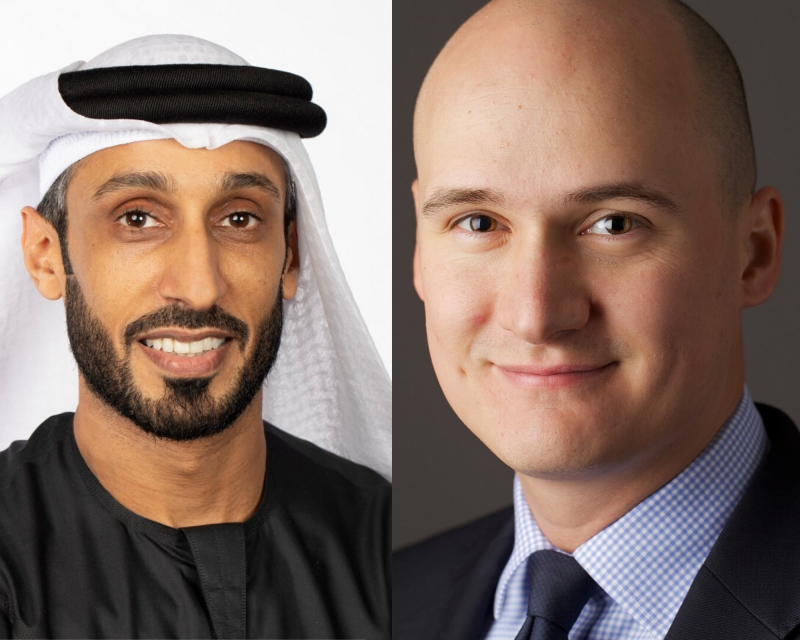 Dubai: The UAE could save over US$3 billion (AED11 billion) through implementing advanced blockchain technologies, a joint whitepaper by the Centre for the Fourth Industrial Revolution UAE, C4IR UAE, Dubai Future Foundation and the World Economic Forum, has revealed.

Titled ‘Inclusive Deployment of Blockchain: Case Studies and Learning from the United Arab Emirates’, the whitepaper examines how the UAE’s current local and national blockchain strategies can provide audiences with insight into governance challenges and opportunities that other countries and companies can utilise when deploying blockchain technology. The findings published in the white paper shed light upon core requirements across both technical and non-technical drivers of blockchain deployment success.

The sharing of knowledge and best practices is a key goal to C4IR UAE’s publication of the report. The exchange of knowledge ensures that there is careful consideration of unintended consequences, that all players remain able to realise the full potential of this foundational technology, and that risks are minimised. For that reason, the World Economic Forum, through a global multi-stakeholder community, is focused on designing tools and resources to support organisations and promote responsible blockchain deployment. The UAE plays an integral role in shaping this initiative. Their sharing of real-life lessons and analysis of real projects allows others to take advantage of tested-and-tried practices.

The report cites both Dubai Blockchain Strategy in 2016 and the Emirates Blockchain Strategy in 2018. Statistically, in addition to the cost savings, the UAE government can eliminate 398 million printed documents and 77 million work hours per year through leveraging blockchain to process routine transactions. Currently, 80 per cent of public and private sector entities are already using the technology.

Following the launch of the Dubai Blockchain Strategy in 2016 and the Emirates Blockchain Strategy in 2018, the UAE government has taken active measures in advancing the technology nationwide through creating an industry for blockchain, driving government adoption and stepping up international collaboration with interested stakeholders. Since then, the country has hosted a multitude of blockchain implementations, conferences and other initiatives.

Khalfan Belhoul, CEO of Dubai Future Foundation: The UAE has long been a leader in the early implementation of emerging technologies, including blockchain, and is a vital contributor when developing governance and a systematic approach for new technologies. This report is a key collaboration between C4IR UAE and World Economic Forum showcasing efforts by public and private entities in the UAE are deploying blockchain technology. Each of the findings has yielded new insights into the major challenges and success factors that organisations encounter when deploying this technology. These insights will also help us develop the correct governance for blockchain, based on the specific needs from those deploying the technology. We look forward to further sharing details at the upcoming World Economic Forum, Annual Meeting 2020 at Davos later this month”

Mirek Dusek, Head of Middle East and North Africa, Member of the Executive Committee, World Economic Forum, said, “The C4IR UAE stems from a long-standing collaboration between the UAE and the World Economic Forum. We are excited to launch this report, which represents a concrete example of how the C4IR UAE can drive leadership on the inclusive deployment of blockchain. The principles developed in the report will empower not only UAE’s and the region’s business and government entities, but will also drive meaningful collaborations with other countries that are part of the World Economic Forum’s Fourth Industrial Revolution Network for greater economic and social impact.”

Seven case studies have been documented to provide shared experiences in understanding fundamental challenges and success factors in deploying blockchain. The experiences of Emirates NBD, DP World, Emirates Airlines, and Etisalat Digital in the private sector, as well as Abu Dhabi Digital Authority, the Ministry of Health and Prevention and Smart Dubai among public sector entities have been recorded in the whitepaper.

Furthermore, as part of its efforts to analyse the local blockchain landscape, C4IR UAE surveyed over 100 stakeholders from more than 60 governmental and non-governmental entities across the country that are actively exploring or implementing blockchain. The purpose of the survey was to understand the current deployment phases in the ecosystem and the relevant challenges and key success factors associated with it.

The three main findings of the survey revealed that 80 per cent of government entities stated that the most important factor was identifying the applicable blockchain solutions early on. For larger organisations, the key success factors were linked to the definition of the project scope, as well as the clear identification of roles and responsibilities. The public sector saw education and alignment with stakeholders as the most pressing challenge, whereas for the private sector the key concern was the regulatory uncertainty.

Learnings from the cases have shown that the main challenges to blockchain deployment remain tied to the operational and regulatory environment, as opposed to technical factors. Government entities, corporations and service providers alike are unified in their concerns about getting blockchain projects off the ground. Challenges have primarily revolved around identifying the right applications of blockchain, ensuring proper education and awareness of stakeholders involved, and onboarding stakeholders with the right governance model and structure in place. The Centre for the Fourth Industrial Revolution UAE will continue working with the government in the UAE to empower entities with the right governance frameworks and policies.

Resolving some of these main challenges have come from the government playing a dominant role in embracing emerging technologies and emphasising the value of innovation in advancing society. In doing so, it has supported both the private and public sectors in exploring, implementing and scaling new technologies.