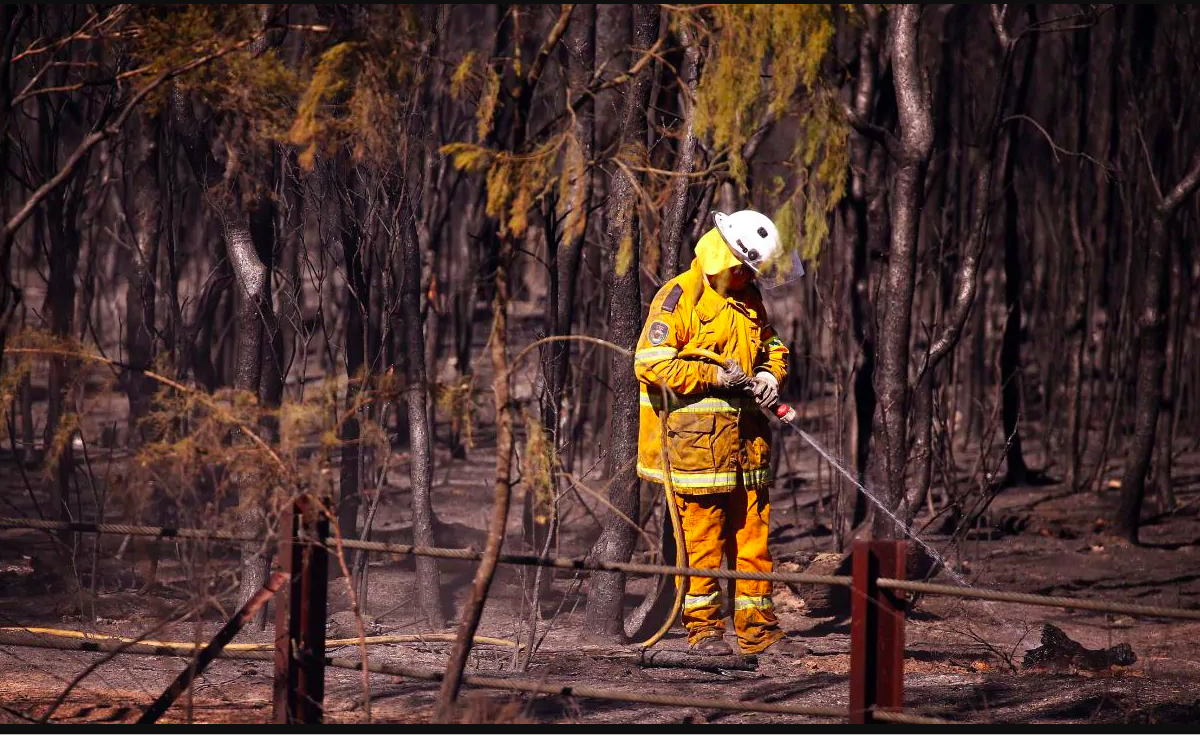 At least 180 fires continued to burn across Victoria and New South Wales (NSW) states although widespread rainfall is forecast for fire-hit areas on the east coast from Wednesday.

About 20 bushfires were yet to be contained in NSW, Australia’s most populous state, while in Victoria five fires were at the ‘Watch and Act’ advice warning, one level below emergency status, authorities said.

“I wish I could say this was over, but we have a long way to go. We’ve got the smoke in our communities at the moment and it is at very poor or hazardous levels,” Lisa Neville, Victoria’s emergency services and police minister told a media briefing.

Australia is experiencing one of most severe fire seasons on record, with bushfires that have been burning since September claiming the lives of 28 people and destroying more than 2,500 homes.

The report from Reuters said that Prime Minister Scott Morrison has signalled the government may raise its targets for cuts to greenhouse gas emissions and was open to the establishment of a powerful royal commission inquiry into the bushfires.
The federal government on Monday said A$50 million ($35 million) would be given to an emergency wildlife recovery programme, describing the bushfires as “an ecological disaster” that threatened several species including koalas and rock wallabies.