Sharjah to submit the nominations list of World Heritage Sites 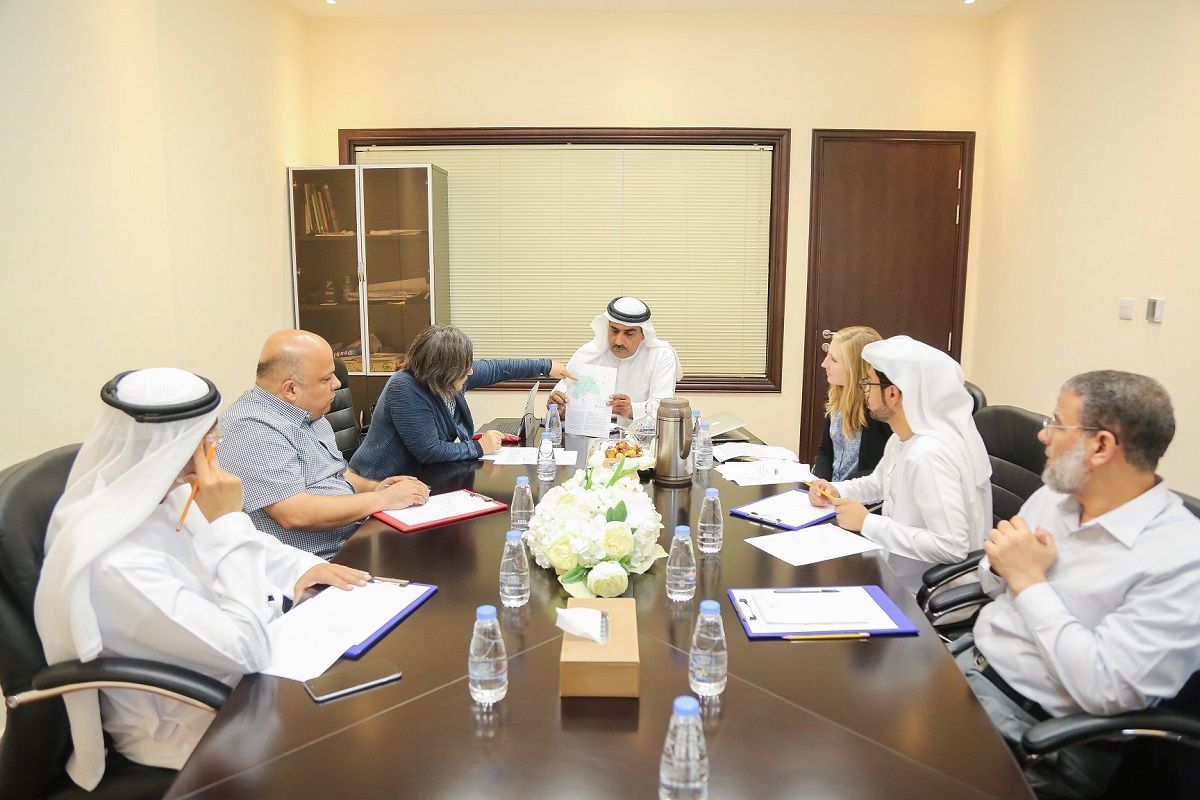 SHARJAH- The Committee of the World Heritage file of the Cultural Landscapes of the Central Region in  Sharjah has announced that it will submit to the Nominations list of World Heritage Sites. Supervised by the United Nations Educational, Scientific and Cultural Organization (UNESCO) during the 2021sessions, the file will highlight the strong points of the committee to ensure their final inclusion of the Central Region in the list of sites supervised by the International Organization.

This decision was made during a meeting held by the Committee at the offices of the Sharjah Archaeological Authority (SAA). The meeting was attended by Eisa Yousif, Director of Archaeology and Tangible Heritage at SAA, who is also Chairman of the Committee of the World Heritage File of Cultural Landscapes. Representatives of ArchaeoConcept Sàrl including Dr Cynthia Dunning, responsible for Archeology Projects at ICOMOS-ICAM, and Ellinor Dunning were also present at the meeting to supervise the writing of the nomination file, along with several archaeologists and experts in the management of cultural heritage.

This meeting was held after the UAE tentative list seven UAE sites in the initial introductory list of World Heritage Sites in cooperation and coordination with the Local Authorities which supervise them. Three of the tentative sites are located in the Emirate of Sharjah, namely Sir Bu Nair, the Cultural Landscape of the Central Region (Mleiha) and Sharjah, the gateway to the Trucial States. The other sites are Umm an-Nar Island in Abu Dhabi, Khor Dubai, Ed-Dur Site in Umm Al Quawain and Al Bidya Mosque in Fujairah. Eisa Yousif emphasised the importance of this meeting to review the procedures carried out by the Committee and to discuss the completion of the file for the nomination, to identify the shortcomings, and raise several important topics in the listing that will contribute in highlighting the rich heritage of the UAE, which goes back hundreds of years.

Eisa Yousif pointed out that the committee decided not to rush in submitting the file and postpone it to the year 2021-2022, in order to have it better prepared, overcome all obstacles and challenges, enhance the points of strength and excellence. He added that the participation of a number of experts in the meeting was important to clarify these points and support the file. He stated that the Sharjah Archeology Authority will work on amending the file in cooperation with its partner the Sharjah Investment and Development Authority (Shurooq.) He further added that the Committee was looking for other partnerships such as the Department of Town Planning and Survey to develop plans for the areas used in the Central Region, identify and supervise them, to be in line with the requirements of the file, which will be submitted for nomination.

The Decree defined the tasks and strength of the committee, and the coordination with the competent authorities for the protection and promotion of cultural heritage in the Emirate, and the coordination with the International Council on Monuments and Sites (ICOMOS), the International Committee on Archaeological Heritage Management (ICAHM) for the World Commission for World Heritage Management (ICAM) on the inclusion of the Cultural Landscape of the Central Region in the World Heritage List, preparation of a timetable for the stages of the implementation of the file, and set a deadline for submission.