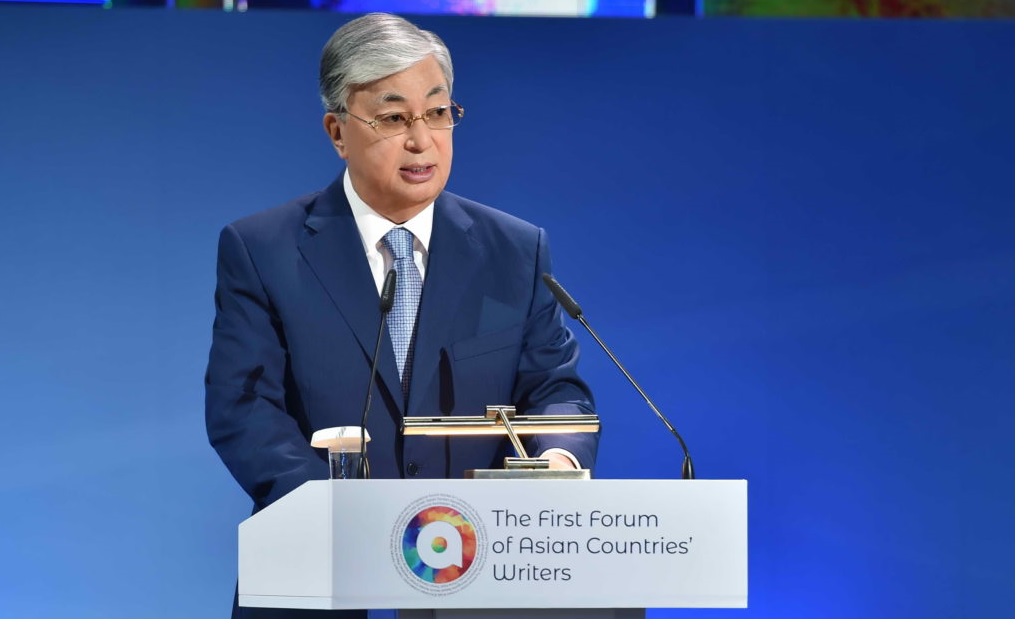 The Kazakh President thinks that the electronic library will open doors to Asia and help readers better understand its rich and multifaceted wisdom. “I am sure that the work on the implementation of such initiatives will unite our writers and take Asian literature to a new level,” he added.

The event gathered 300 writers, including Nobel Prize nominees, Booker and ASEAN winners and winners of creative and national awards from 38 countries.

Tokayev said that the works of 30 Kazakh writers and 31 poets will be translated and published in six UN languages. These works will be available to 2.5 billion readers in more than 90 countries through the electronic library.

“The history of mankind is impossible without taking into account Arab, Chinese, Indian and Persian civilizations. Despite all the differences, “oriental cultures have always had much in common.” The secret of Asian civilizations is in harmony and not in conflict,” he further added.

The forum was held under the slogan ‘One Origin, One World View, One Civilization. Representatives from all over the world discussed crucial issues in the field of literature during the event.

Representatives of 38 Asian countries, such as China, India, Russia, Iran, Japan, Turkey, Saudi Arabia, the United Arab Emirates, Israel, South Korea, along with countries of Southeast and Central Asia and others participated in the international event. “Literature and art constitute an important and effective tool to combat terrorism and radicalism. They are the only means of enhancing peace, coexistence of communities of the world, and acceptance of others with all their different views and ideas. Saudi Arabia has included literature program in its 2030 program”, he said. “This forum is the best platform for a broad discussion of pressing issues surrounding the development of Asian literature, and an integral and important part of the modern world literary process,” said Ulyqbek Esdaulet, the Chairman of the Union of Writers’ of Kazakhstan.