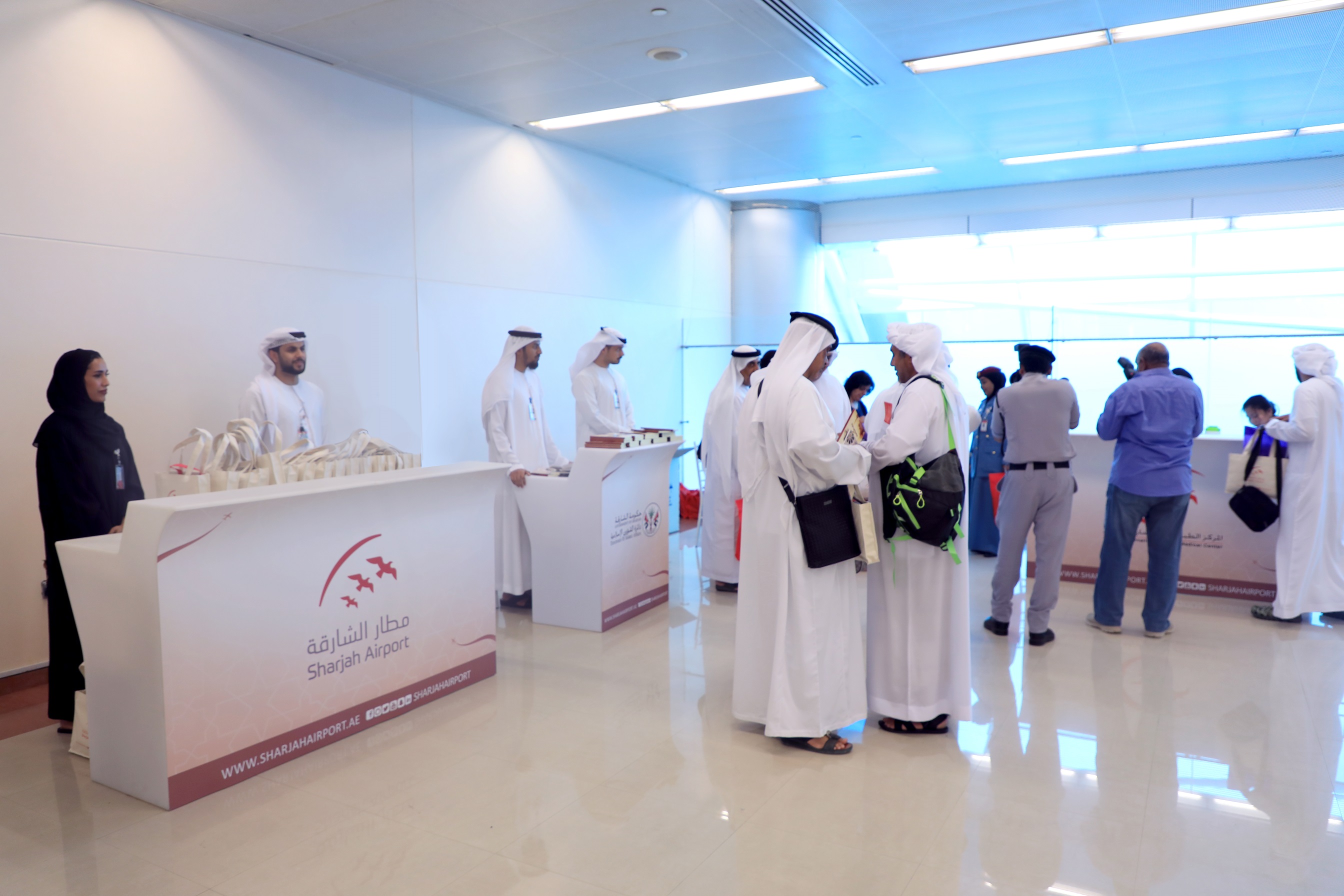 In cooperation with the Ministry of Health and Prevention, Sharjah Airport Authority (SAA) provided medical tests and guidelines to ensure the pilgrims’ safety, distributing health guide for tips and advice before, during and after the return from the Holy Land. In cooperation with Sharjah Department of Islamic Affairs, SAA also appointed a religious preacher to educate the pilgrims about performing the Hajj rituals.

In collaboration with strategic partners operating at the Airport including the passports department, the police, customs and airlines; SAA completed the preparations for Hajj season ahead of schedule. The teams at the Airport were prepared to provide adequate support to the pilgrims, to guide them and to facilitate their procedures within the framework of Sharjah Airport’s annual plan to expedite Hajj procedures while providing the highest level of services. The plan also extends to the pilgrims’ return.

The pilgrims praised the SAA employees’ efforts, the ease of procedures and the instructions that made it easy to find the places and gates allocated to them from the moment they arrived at the Airport.