WGS 2018: Cryptocurrencies are Here to Stay 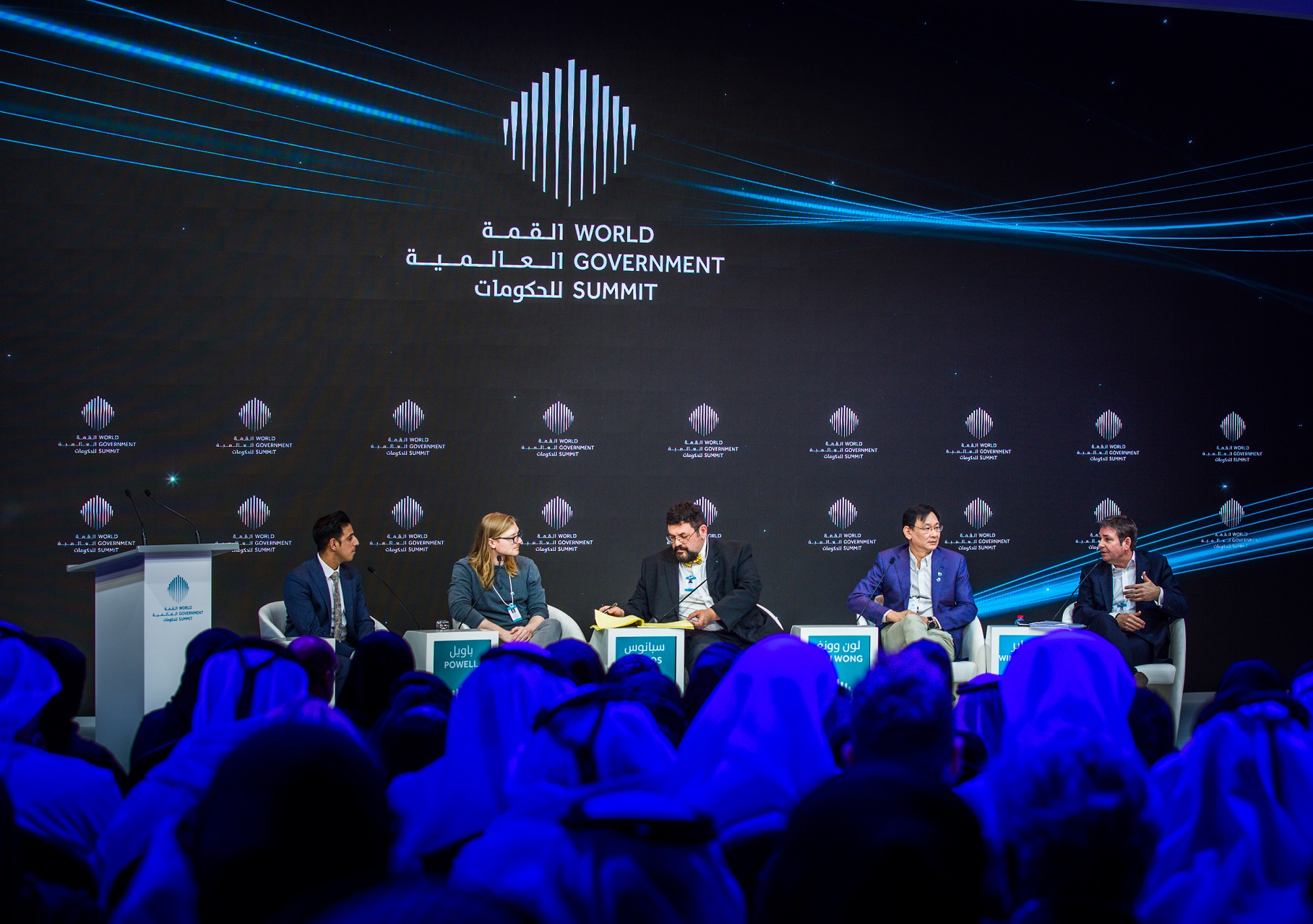 Dubai-UAE: 13 February, 2018 – ‘Is the Future of Cryptocurrencies Gold or Dust?’ was the theme of a breakout session held on day three of the sixth World Government Summit (WGS 2018) in Dubai.

Featuring a strong lineup of industry experts including Jesse Powell, founder and CEO of Kraken Bitcoin Exchange, Kian Lon Wong, president of NEM.io, Nick Spanos, founder and CEO of Blockchain Technologies Corporation and Lawrence Wintermeyer, co-founder and principal of Elipses, the panel explored the context of cryptocurrencies and suggested possible scenarios for augmenting their use in the near future.

Powell initiated the dialogue by addressing the recent surge in the interest around cryptocurrencies. “Positive regulatory outcomes and the media have been key influencers for the increase in the use of cryptocurrencies over last year. Any time you have a massive surge in price, inevitably there is higher media attention. We also saw more retail and institutional investors enter the space.”

“When the prices rise, more people get interested and try to find out what they are,” added Spanos. “What cryptocurrencies are doing is establishing a certain peer-to-peer trust that did not exist before. People are enamored by the technology and have started purchasing it.”

Spanos also rebuked criticisms that cryptocurrencies have gained from seasoned global investors. He said: “Cryptocurrency is the people’s currency of monetary independence, it is much more than a financial currency. Bitcoin is not a bubble, it is the pin that is popping the bubble of the legacy financial systems since it has been created.”

Addressing the critical issue of price manipulation surrounding cryptocurrencies, Wong commented: “Price manipulation is not new. We have seen it in mainstream markets. We are in a nascent phase in the cryptocurrency industry and these things are unavoidable. This will begin to be the thing of the past as the industry matures. We are most interested in the promotion of our technology, and we are still at the early stage of the adoption curve. The blockchain technology has proven itself and is here to stay. In the future, we will be seeing something that is bigger than it is today, more certainly on the value of these coins.”

Wintermeyer believes that cryptocurrencies should be taken and evaluated in the right context. Playing down the concern that the market is speculative, he said: “Last year has been an extraordinary year for the cryptocurrencies market, which is twice the size of the gold market now. It has been driven by a supply constraint environment, and looks like a speculative market because demand for them has suddenly surged. What we need to do is focus on the exchanges and the retailer. Retail investors need to be aware of the risks.”

While there is no doubt that the new technology could radicalize the ways in which we do business, there is some way to go before there is a widespread understanding of digital currencies and their potential applications. With the insights provided by the WGS breakout session, summit attendees gained a clearer picture on a potential alternative to the existing financial system that could become a feature of everyday life in our foreseeable future.

Under the patronage of His Highness Sheikh Mohammed bin Rashid Al Maktoum, Vice President and Prime Minister of the UAE and Ruler of Dubai, the World Government Summit 2018 runs from February 11 to 13 at the Madinat Jumeirah in Dubai. The landmark event convenes more than 4,000 participants from 140 countries, including heads of state and governments, as well as top-tier representatives of 16 international organizations.

Hosting more than 130 speakers across 120 interactive sessions, WGS 2018 features six distinct forums that examine the challenges of vital sectors for the future with a view to finding the best resolutions for the greater global good. Furthermore, over 20 specialized global reports spanning key sectors and topics of the summit are being launched during the event.