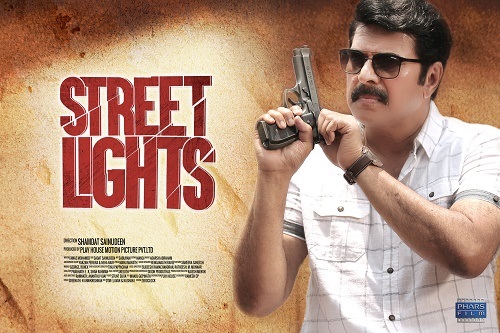 ABUDHABI: Dalma Mall, Abu Dhabi’s favorite Mall will be hosting yet another ground breaking celebrity buzz event with megastar Mammoooty, this Friday, 26th January at 6.30 pm. Padmashree Bharat Mammooty, fondly known as Mammookka is a legend and pride of south indian cinema known for his work in Malayalam cinema, has received countless awards and nominations for his outstanding performances. Mammooty’s welcome and meet in Dalma Mall follows a second one of a widely acclaimed and celebrated Bollywood stars that was a hit among mall shoppers and fans.

This is the perfect time for all the die heart fans to come to Abu Dhabi’s favorite mall to welcome and take pictures with the Malayalam superstar Mammootty especially since Streetlights is the second Malayalam film to be released in the United Arab Emirates before India.

Co-stars Soubin Shahir, Sohan Seenu Lal and Shamdat, the Director of Mammooty’s most recent film, Street Lights, will accompany Mammooty. The cast will be in Abu Dhabi to promote the release of Street Lights, which will be premiered in the UAE a day prior on 25 January 2018. The cast and the rest of the film crew are set to interact and meet with fans in the mall, which will be followed by a special screening of the film at Cine Royal Cinema with several lucky winners and invited guests.

In this action-packed film, Mammooty stars as James, a crime Branch police officer, in a setting that portrays the realities of the life on the streets encased in the genre of an investigative thriller. This crime thriller is shot both in Tamil and Malayalam and has also been dubbed in Telugu, produced by Mammooty himself.  Mammooty comes off a fantastic 2017, with Street Lights already set to be his second release in 2018 cinemas across the UAE and GCC by Phars Film, with more films on the way. Don’t miss out on meeting the Megastar of Indian cinema and mingle with the stars at this celebrity-filled event at Dalma Mall.