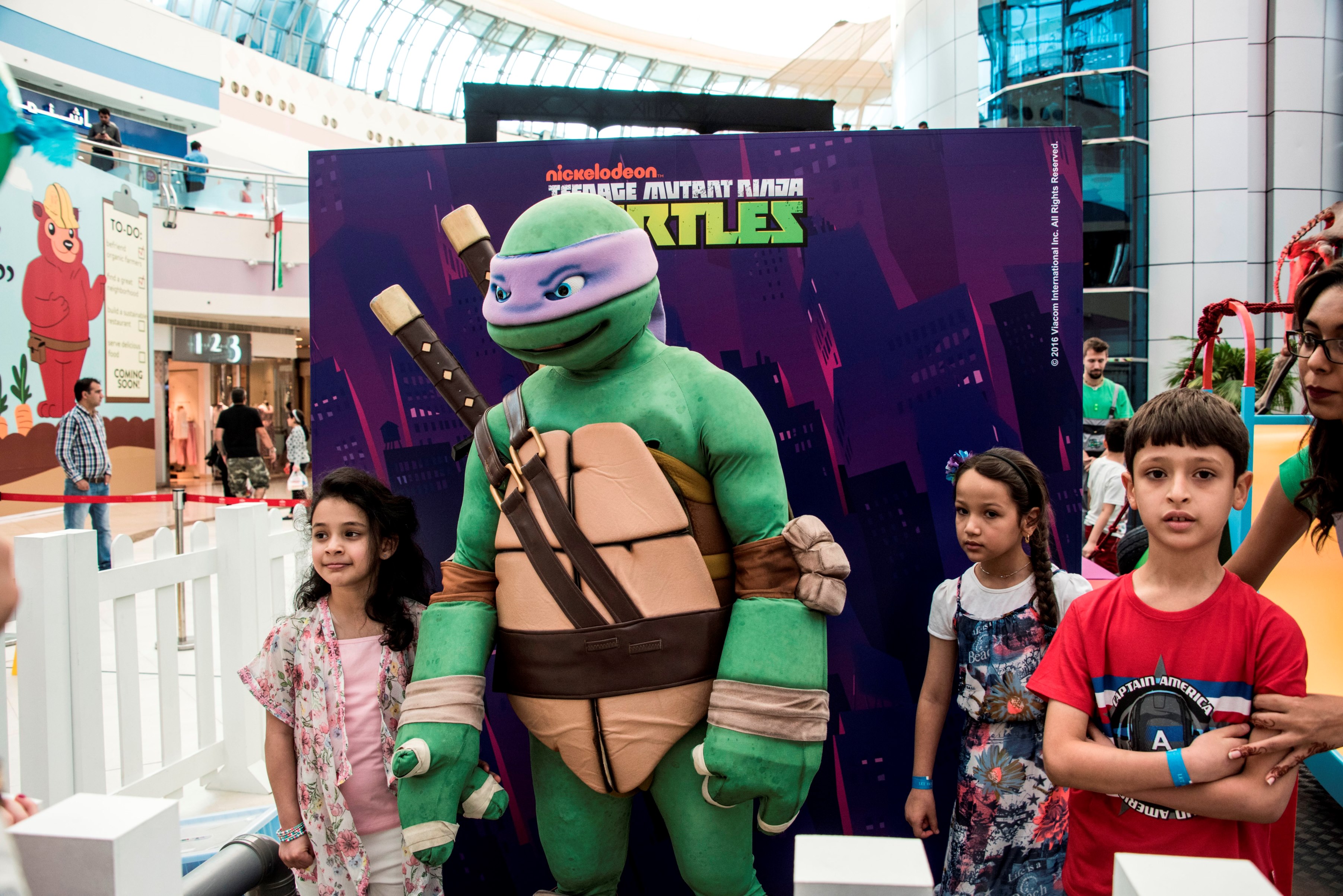 Abu Dhabi: A fantastic line up of spectacular emirate-wide fun makes its return in this year’s edition of Abu Dhabi Summer Season, bringing a month-long programme of entertaining shows and theatrical performances, themed mall activations, enticing promotions and prizes for the entire family to enjoy from 20th of July to 20th of August 2017.

Organised by the Abu Dhabi Tourism & Culture Authority (TCA Abu Dhabi), in partnership with leading event companies MBC Group, Alchemy Project, YAK Events, Bidaya Media, Summit Events and Oberoi Middle East Events, Abu Dhabi Summer Season captivates residents and visitors with an extensive programme of family-friendly shows and activations. To give you a snippet of what you can look forward to across Abu Dhabi City, Al Ain Region and Al Dhafra Region, check out our top ten reasons why you can’t miss out on a summer of entertainment: 1)      Because who needs abs crunches when you can laugh all the way to that summer body?

Hollywood superstar and comedian Mike Epps, known for his appearances on “How High”, “Next Friday”, and “Survivor’s Remorse” makes his Middle East debut at Al Raha Beach Hotel Theatre on the 18th of August, bringing to the capital a night of hearty laughter and good cheer. Having trail-blazed the professional stand-up comedy scene since 1995 with his comical impressions as part of the Def Comedy Jam tour, Epps has garnered international acclaim as one of the top comedians performing in his genre.

From 14th of July to the 20th of August, spending AED 200 or more at any of the participating malls enters you into the weekly raffle, where you could find yourself bringing home one of five brand new BMW luxury cars. Winners can also enjoy an exciting Abu Dhabi Experience package which includes a two night stay at a five star hotel, experiencing the best of Abu Dhabi’s hospitality and leisure scene. 3) Because cheese volcanoes, dancing cacti, meandering mazes, and the long-lost Pawprint Island with your favourite cat and mouse duo await…

Watch Tom and Jerry live on stage in Abu Dhabi and Al Ain as they embark on a crazy adventure to exotic locations and a forgotten time. Let the music take you back to the foot-thumping Charleston, Lindy hop, jazz era of the 40s and 50s as Tom enlists the help of an old rival, putting his Jerry-chasing days behind him in the name of romance and love. If that’s not enough, snake your way through the interactive Cheese Maze at Dalma Mall in Abu Dhabi where children and the young at heart dodge mousetraps to bring Jerry his cheese at the end of the maze.

4) Because we’re bringing your favourite television characters to life…

A brand new Iftah Yah Sim Sim, written just for you in Arabic, will be sure to keep you entertained as Children will also have the chance to meet and interact with their favourite characters after the show, honing in their creativity with arts and crafts workshops. The show, an Arabic adaptation of the internationally renowned Sesame Street, recently won second prize in the 18th edition of the regional Arab Radio and TV Festival held in Tunis. The interactive storylines are sure to keep the youngest viewers entertained during their visits to Yas Mall on 3rd-5th August

5) Because Bollywood comes alive in an epic performance…

In celebration of India’s 70th Independence Day, Namaste Abu Dhabi, starring Salim-Sulaiman, promises a magical journey of Bollywood melodies at Emirates Palace on August 18th. Along with a troupe of 20 musicians, singers, dancers and technicians, the world-renowned brothers have taken the musical and entertainment world by storm with an array of hits that span Bollywood and Hollywood.

Join Teenage Mutant Ninja Turtles Michelangelo, Donatello, Raphael, and Leonardo, and embark on an epic adventure that includes an exciting line up of games and competitions. Turtle Tyre Race, Make Over, Balloon Power and other thrilling activities are sure to keep you on your feet at Bawadi Mall from the 9th to 12th of August. Masha and the Bear, inspired by a Russian fairy tale, glides on ice in a spectacular performance featuring more than 30 ice-skaters, dancers and acrobats. Animations, theatre, music, and figure skating will come together to immerse you in this fantasy world on from 28 -29 July at the Zayed Sports City Ice Rink.

8) Because goals are yours for the taking

In anticipation of The FIFA Club World Cup 2017—14th Edition that will pit winning teams from around the world in an exciting football match to crown the world’s champions at Zayed Sports City Stadium in Abu Dhabi & Hazza Bin Zayed Stadium in Al Ain, we are bringing you two Mobile Roadshows. How fast can you run? How hard can you kick? How high can you jump? Find out at Bawadi Mall on July 6th to July 8th or on August 3rd to August 5th 2017 and log in your results and see how your fare against the rest of the country.

Talents around the World will bring groups of performers from different countries to showcase their winning talent performances from their home country’s talent shows.  Be amazed by their popping and locking, acrobatic stunts, Irish tap dancing, shadow play, and UV light dancing at any of the four shows daily at the Bawadi Mall Main Atrium stage throughout the July and August.

10) Because you need look no further for shade from the sweltering summer heat- Abu Dhabi Summer season has you covered with the coolest events in town including master illusionist Ahmed El Bayed with his ‘Take Off World Tour” at Al Raha Beach Theatre from August 3rd to 5th.