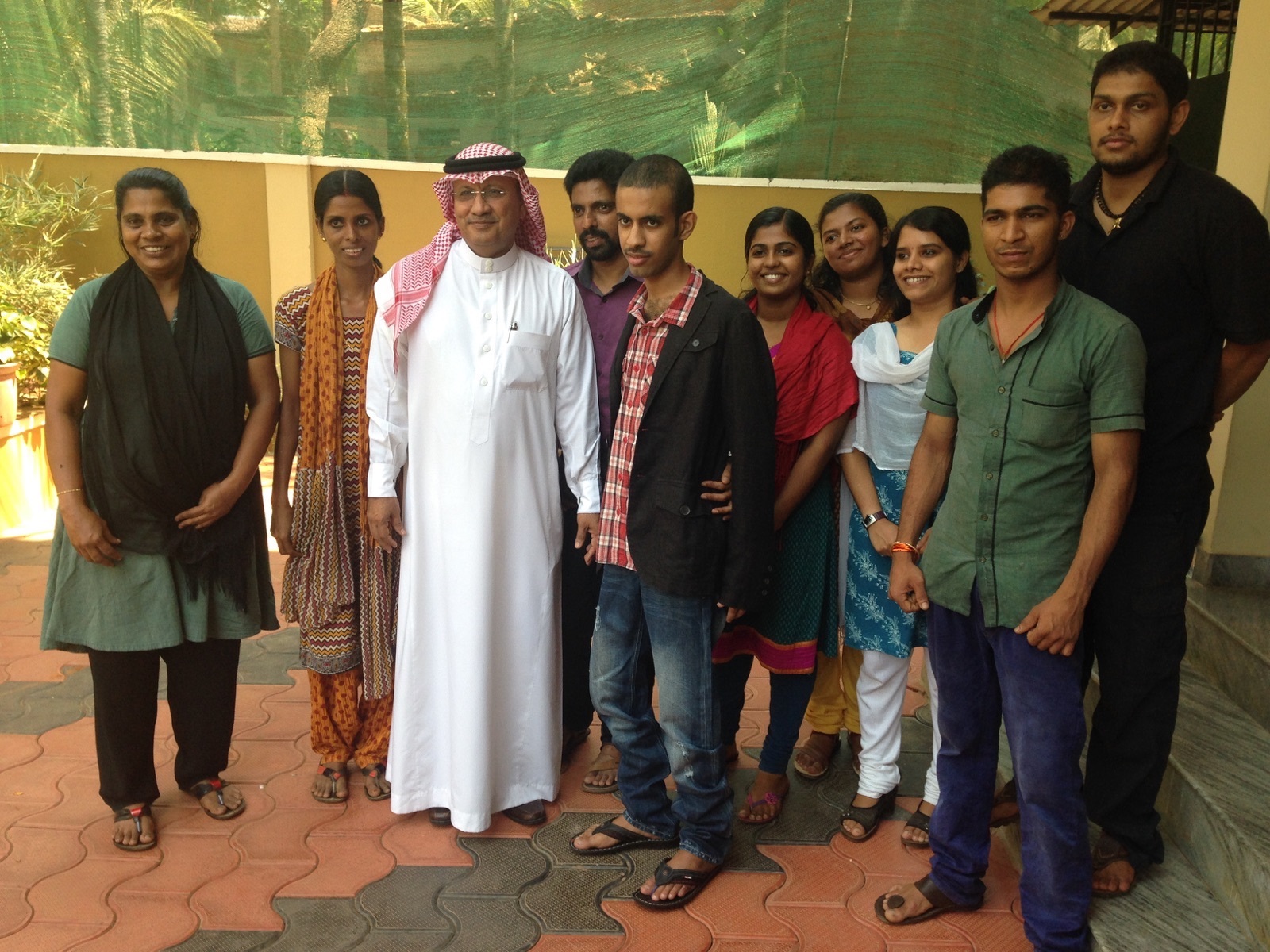 ​SOME months ago, when I visited an Ayurveda Center in Kerala, I was surprised to come across a Saudi family who was at the facility too and this piqued my curiosity.

When I spoke to Saud Abu-auf who had come from Jeddah with his family, he said that he was herefor treating his 22-year-old son, Meshari who had met with a fatal accident in December 2013.

“My son Meshari was intubated and mechanically ventilated due to altered level of consciousness in the ICU of ​ hospital   for 24 days. He got discharged after that and doctors told us that there was absolutely no hope in his case and that he could only lead his life from now on the wheelchair or the bed”, he explained.

Multiple brain contusions, right fontal, a parietal fracture, a right acetabulum fracture, a displaced sacral fracture, an open wound on the left foot, a multi-pelvic fracture and a crushed left foot were some among the many other diagnoses that were there on his medical case-sheet prepared by the top medics in ​the  Hospital.

“Meshari was totally unconscious during those days and he was unable to open his eyes, move his body or speak or even recognise others,” continued Saud Abu-auf

“I was desperate to find a solution to heal him back to complete health and that is when one of my Indian friends advised me to go to Kerala for Ayurvedic treatments and I luckily came across this facility. This is our third visit to this center and my son leads a normal life now and has completely recovered”, he said

“When we reached this center during the third week of February in 2014, we had no hope and we thought that he would not be able to lead a normal life anymore…Alhamdulillah, today he is alright and happy, working for an oil company in Jeddah and he is planning to get married by next year”, Saud concluded. Dr. CP Asghar, an Ayurvedic medic, who has cured over a dozen patients with complicated medical history that were rejected by renowned hospitals, was the main brain behind the treatment plan of Meshari.

“His father, Saud brought him in a wheel chair. At that point, he was unable to move or urinate by himself. Our team treated him for a month and within 21 days, he had regained his health and returned to normalcy,” said Dr. Asghar.

“Ayurveda has remedies for everything. Meditation, massage and diet form the backbone of the treatments and we use a multitude of techniques for different cases,” Dr Asghar said.

Dr Asghar advises us to lead a healthy life by dedicating an hour a day for meditation, by partaking in any form of exercises like swimming or walking and by controlling one’s diet.

“As for the diet, in our center, our cooking method excludes oil but enriches the food with tasty condiments and herbs, making our dishes delicious, for the people who come to us for treatments. We can cure much of the age-related troubles through appropriate diet and treatment”, he added.

A number of foreigners, at least 40 to 50 a month, especially from Europe, Russia and USA reach Dr Asghar’s center to learn the basics of Ayurveda.

“I was quite surprised to see the interest and the effort foreigners take to learn ayurveda. Many of them stay here for 14 to 28 days to learn the traditional Ayurveda life style and return with great confidence”, Dr Asghar concluded. –By KTA